We had 9 people at the start and there was a good mix of people with different skills - 5 hackers of some sort, 4 non-hackers.   Not everyone made it through until the end but we still had a good mix of technical and business talent.

Getting out of the building - Credit to our biz guys Christian and John M. When we needed some customer feedback they ran around tirelessly talking to people. They knocked on coworking space doors (on the weekend) to get some insight and generally provided a good shot of energy to the team.

Determination - Everyone left by Sunday evening had pitched in and done their part after a long weekend. @missuze kept the vision AND knocked out our demo site; @raisercostin calmly reminded us of the objectives when things got frantic and pitched in wherever possible; Christian presented and brought lots of energy; @jonmathews put together the deck and the numbers; and @johnvdenley got user feedback and took the Ninja plunge.

The Ninja - Christian and John also came back with a Ninja costume.  This seemed a bit silly at the time since nobody wanted to embarrass themselves by wearing it. Big John eventually gathered more courage than the rest of us to try on the costume.  Once he had it on he wouldn’t take it off and it made the presentation and event memorable and fun.

Attrition - We lost a third of our 9 person team by Saturday evening, including the person who controlled the domain, which made things a bit challenging. Some of it was just down to people’s reasons for being there, but a better evaluation of people’s skills and commensurate roles and responsibilities might have kept everyone involved.

Execution - As a result of some early customer feedback and finding a number of established competitors we were thinking about changing our tactics well into Sunday morning.  This distracted us from getting everything done and setting a clear goal.

Tools - In retrospect a lot of tools would have been useful from the start. We made a shared Google Doc, but we could have used Dropbox to share files, a simple email group to share things via email, etc. 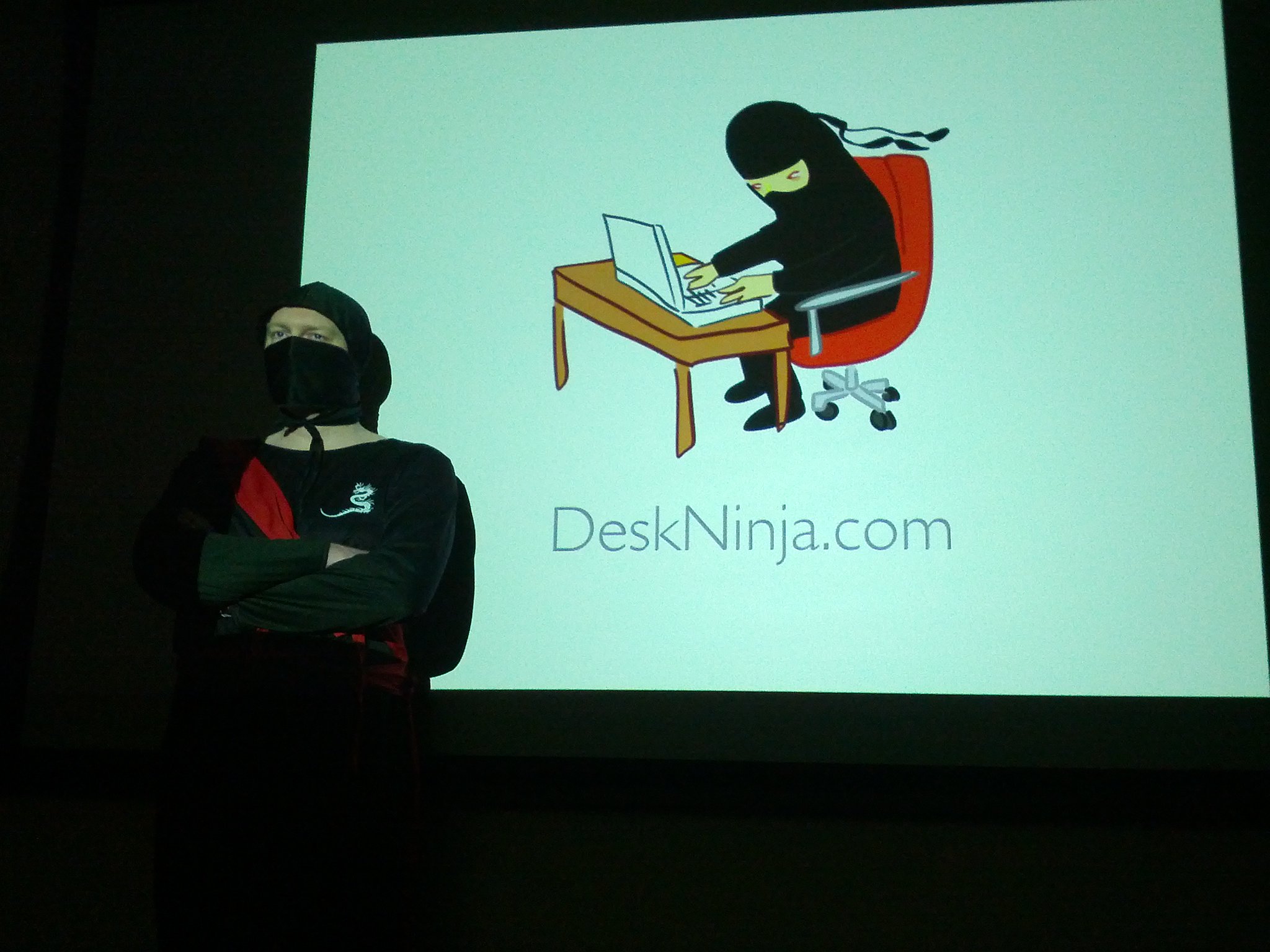 Designate a project manager - Someone needs to organise the team, assign roles, and plan the weekend. Decide what the final deliverable is and plan backwards on the critical stuff.

Start at the top - Do proper introductions to get an idea of people’s skills and desires. This takes just a few minutes but I feel that it’s critical to make sure people are involved and contributing.

Focus on the product/user - UX & Design is important. Start with the customer and work backwards.  This means both the user of your service, and the judges who you’re presenting to. Look at things from their side and figure out what needs to be done to get there.

Let individual contributors get on with it - We had trouble picking a tech strategy because everyone knew different stuff.  We also wavered on our approach too much after talking to mentors and judges.  (Their advice was superb, but you have to be realistic about what you can achieve in a weekend.)

Execution matters - When push came to shove around lunchtime on Sunday we started focusing on the presentation at the cost of a demo, including a working iOs client. In retrospect a good working demo wasn’t just one of the judging criteria, it was a key way to communicate what your team had accomplished.

Looking forward to @sc_seedhack to apply some on the weekend!